Above paintings by Artist~Painter Mr. Scott Guinta.
Shared with permission.

DEVOTIONAL
Thought some of you might enjoy this devotional.  Have you ever struggled during your prayer time?  I have.  Sometime my mind wanders and for whatever reason I am not focused.  For those of you that also have that happen this devotional is comforting.

The scripture is from Romans 8:26 “Likewise the Spirit also helps in our weaknesses.  For we do not know what we should pray for as we ought, but the Spirit Himself makes intercession for us with groanings which cannot be uttered.”

Here is the devotional:

“In today’s reading of Romans 8, you are told that those who live according to the Spirit have set their minds of the things of the Spirit (8:5).  You won’t do so perfectly, but doing so at all means the Spirit is at work in you.
What happens when you feel so spiritually weak that you aren’t even able to pray as you ought?  Two truths spring to life from today’s passage  First, the Spirit Himself prays for you in such incidences.  And second, there is no condemnation to those who are in Christ Jesus (8:1).

This isn’t an admonition to go easier on yourself when you are straying spiritually.  Instead, it’s an encouragement to trust in and rejoice that God isn’t finished with you.  What’s more, if you are experiencing His guidance, direction, and correction, take heart.

"God will be faithful to complete the work He started in you.”  Prayer: “Lord, I confess to being prideful when I’m checking all the spiritual boxes, and I’m also quick to give up hope when I’m not doing so.  Thank You for reminding me that the Spirit is both interceding for and transforming me.”

In the days when he was in the flesh, he offered prayers and supplications with loud cries and tears to the one who was able to save him from death, and he was heard because of his reverence. (Heb 5:7)
A shoot shall sprout from the stump of Jesse,/ and from his roots a bud shall blossom. (Is 11:1)
On the first weekday of Advent, we are reminded that the full coming of the reign of God through Christ, for whom we long, will bring trouble and pain to all of us in whatever sinfulness we are engaged in, but only to cleanse us to dwell in justice and peace in his presence.      ~ Magnificat
"Contemplatively waiting is consenting to be where we really are. People recoil from it because they don't want to be present to themselves. Such waiting causes a deep existential loneliness to surface, a feeling of being disconnected from oneself and God. At the depths there is fear, fear of the dark chaos within ourselves."                ~ Brother Anthony from The Abbey of Gethsemani.
Powers was born in Mauston, Wisconsin, to a working-class pioneer family of Scottish and Irish descent. As a young girl, she had one ear cocked to the world beyond this one. She was drawn to books, yet she was also enchanted by the landscape, flora, and fauna of rural Wisconsin. Early loss perhaps further marked her for God: An older sister succumbed to tuberculosis when Jessica was just eleven, and her father died two years later while hauling coal for the parish priest.
By 1936, she had already published over a hundred poems in various magazines and journals. From 1937 to 1941, she lived in New York, moving in Catholic intellectual and literary circles.
She entered the novitiate of the Carmel of Mother of God community in Milwaukee in 1941 and received the habit the next year, taking the name Sister Miriam of the Holy Spirit.
Though she remained in the cloister for almost fifty years, Marcianne Kappes, author of Track of the Mystic: The Spirituality of Jessica Powers, notes that Powers kept her “gypsy” spirit to the end of her days. She describes Powers’ central theme as the “recurrent cycles of spiritual aridity and spiritual consolation experienced by human beings bound by the limitations of earthly existence while engaged in an authentic relationship with a living and loving God.”
Powers once wrote that, in the “heart’s heart,” all poems must commence with an “Ah.”
Her first collection, The Lantern Burns (1939), was published during her New York years. The Place of Splendor(1946) speaks of the loneliness and struggle of her early years in the convent. The Little Alphabet (1955) is a children’s book.
As she matured, her poetry took on increasing simplicity, elegance, and depth. Her later collections include Mountain Sparrow (1960), Journey to Bethlehem (1980), and The House at Rest (1984).
Near the end of her long life, she noted: “My poetry department hasn’t been tended to in years and is in disorder; I haven’t found time to straighten it out, nor the ambition right now. My only purpose in writing is that these are things I would like to say to everyone, especially those who are turning from God.”
In “This Paltry Love,” written just four years before her death, Powers considers the contrast between our burning desire to give our all to Christ and the widow’s mite that, for most of us, constitutes the actual offering:
That thus I love you, God—God—who would sow
my heights and depths with recklessness of glory,
who hold back light-oceans straining to spill on me, on me,
stifling here in the dungeon of my ill.
This puny spark I scorn, I who had dreamed
of fire that would race to land’s end, shouting your worth,
of sun that would fall to earth with a mortal wound
and rise and run, streaming with light like blood,
splattering the sky,
soaking the ocean itself, and all the earth.
Regard a photograph of Sister Miriam: the staid habit, those spectacles, that plain, clear face. Consider the explosive spiritual dynamite that was hidden beneath.
Powers died of a stroke on August 18, 1988. Her papers are held at Marquette University.
Heather King (heather-king.com) is an award-winning author of several books. She speaks nationwide, leads writing workshops, and writes a weekly column on arts and culture for Angelus News, the archdiocesan newspaper of Los Angeles. ~ Magnificat Dec 2021
TRUE COMPUNCTION OF HEART ~ THOMAS À KEMPIS

Many of the following are from Magnificant

Psalm 141:8. "But o to thee, O Lord, Lord, are my eyes: in thee have I put my trust, take not away my soul.
June 17, 2011
Religion Fail, Salvation Success
I remember the moment in the first years of my conversion when I noticed the following negligence in my prayer. How many times had I been at Mass and had folks ask me to pray for them in the Confiteor:

...and I ask blessed Mary, ever virgin,
all the angels and saints,
and you my brothers and sisters,
to pray for me to the Lord our God.

All around me people made this request of me, and yet it hadn't crossed my mind to fulfill it. I was very bothered by this when I first noticed it. Had I not been listening? Did I not consider myself, or at least desire to be brother to those with whom I was praying?

Confession presented a similar problem. How many times did I proclaim in my act of contrition my 'firm resolution' 'to amend my life,' knowing that I had made little or no effort to do any such thing since my last confession?

I was a liar and a hypocrite before God. At first this threw me into a panic which lasted, with varying intensity, for some years. Praying through it all, however--and by the grace of God alone--I came to realize that all of this was precisely the point.

The glaring gap between the high piety of our prayers and the lowliness of our actual spiritual condition makes all of our prayers a sort of confession of our mediocrity and failure. This is the realization that the saints called compunction. As Thomas Merton puts it:

But when...you see that your nature is still twisted and disfigured by selfishness and by the disorder of sin, and that you are cramped and warped by a way of living that turns you incessantly back upon your own pleasure and your own interest, and that you cannot escape this distortion: that you cannot even deserve to escape it, by your own power, what will your sorrow be? This is the root of what the saints called compunction: the grief, the anguish of being helpless to be anything but what you were not meant to be. (New Seeds of Contemplation, 263)

The negligences and lies of my prayers revealed this truth to me in the course of my efforts at Christianity, and made me realize how much I was 'trusting in the flesh,' as St. Paul puts it. Religion, as a human project, has no power to save us; its virtue is not itself saving, but in helping us get to the place where we notice the depth of our need for salvation.

I don't pray because I think that by praying I should make myself holy or worthy of God's grace (though sometimes folks mistake the peace received from prayer on the natural level for these things; hence the popularity of spirituality without religion.) I pray in order to be made aware of the dire condition of my soul and my need for God. It's like the bathroom floor; as I walk through the bathroom during the day, often without my glasses, it doesn't look like it needs to be cleaned. But when I get on my hands and knees and really look, it is then that I see how filthy it is.

This is part of the reason I am increasingly uncomfortable with Christianity being placed in the genus 'religion.' If religion is considered as a human activity, or as an aspect of human culture or set of human values and intellectual propositions (and this is what the world thinks, it seems to me), then Christianity is a religion in only a very ironic sense. In fact, it is a sort of unreligion.
Brother Charles at 12:31 PM
OccupationFriarLocationRome, Lazio, ItalyIntroductionI am a convert to Catholic Christianity, a Capuchin friar, and a priest. 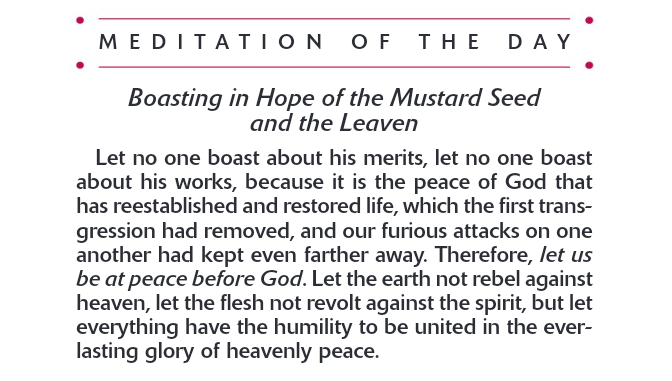 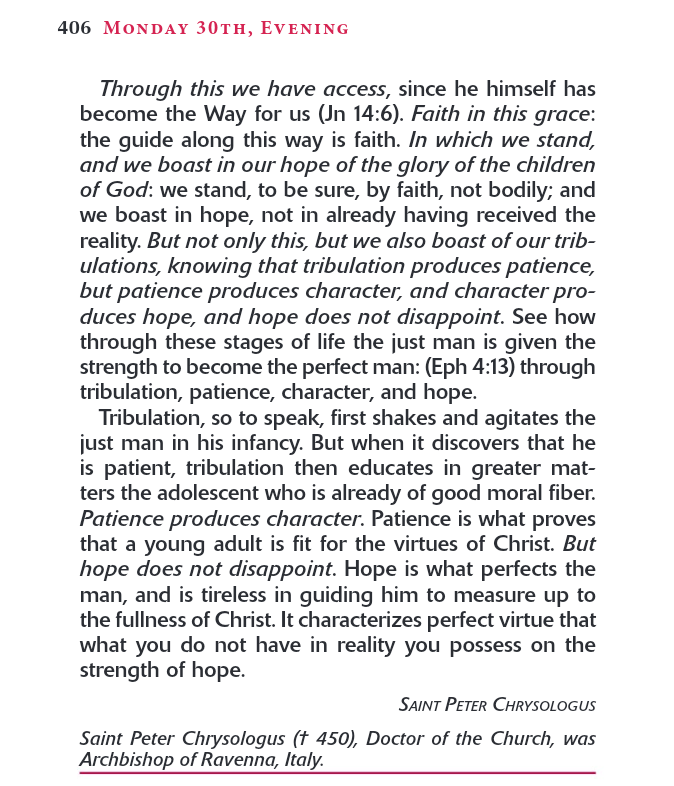 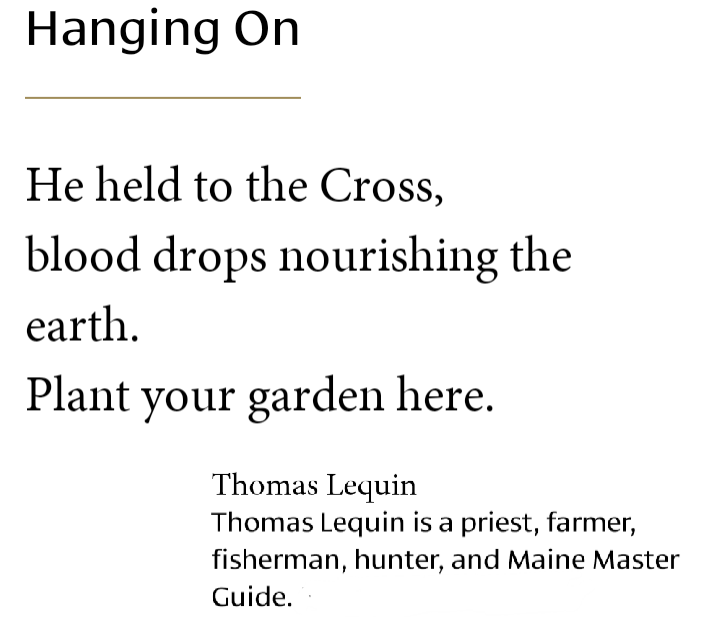 Ezekiel 36:24-28
I will take you away from among the nations,
gather you from all the foreign lands,
and bring you back to your own land.
I will sprinkle clean water upon you
to cleanse you from all your impurities,
and from all your idols I will cleanse you.
I will give you a new heart
and place a new spirit within you,
taking from your bodies your stony hearts
and giving you natural hearts.
I will put my spirit within you
and make you live by my statutes,
careful to observe my decrees.
You shall live in the land I gave your fathers;
you shall be my people,
and I will be your God.